Home Education First Publication of the Royal Commission of Inquiry 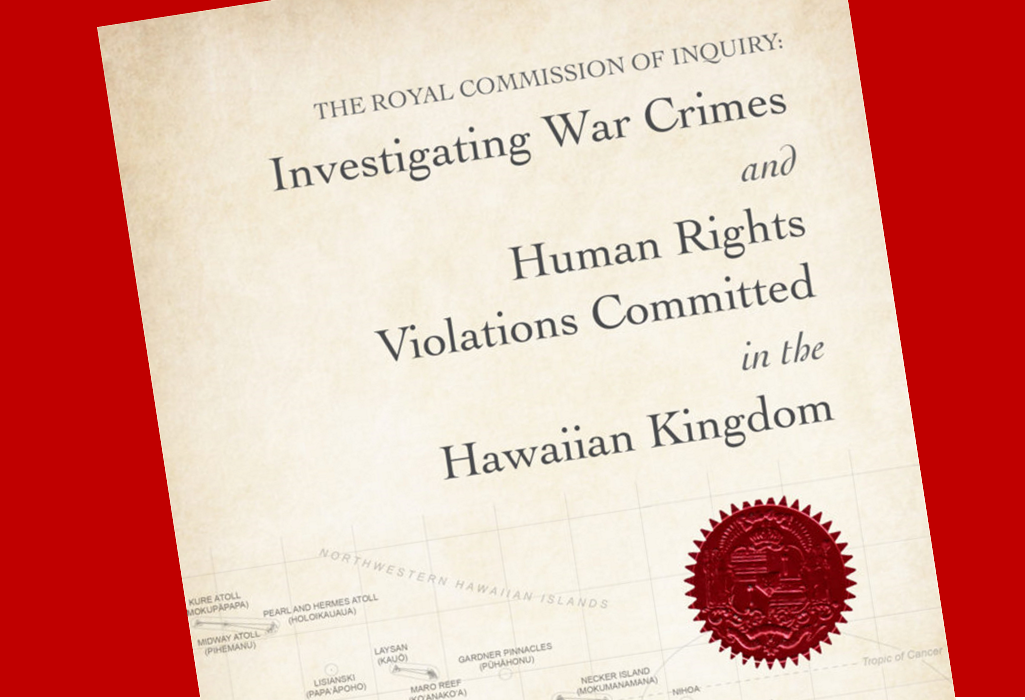 Dr. David Keanu Sai was appointed as Head of the Royal Commission and he has commissioned recognized experts in various fields of international law who are the authors of chapters 3, 4 and 5 of this publication. These experts include Professor Matthew Craven, University of London, SOAS; Professor William Schabas, Middlesex University London; and Professor Federico Lenzerini, University of Siena.

There is no statute of limitation for war crimes but it is customary for individual(s) to be prosecuted for the commission of war crimes up to 80 years after the alleged war crime was committed given the life expectancy of individuals. As a matter of customary international law, States are under an obligation to prosecute individuals for the commission of war crimes committed outside of its territory or to extradite them for prosecution by other States or international courts should they enter their territory.

**The book is free of charge and authorization is given, in accordance with its copyright under Hawaiian law, to print in soft-cover or hard-cover so long as the content of the book is not altered or edited.