Home Legal Issues NLG Calls Upon US to Immediately Comply with International Humanitarian Law in... 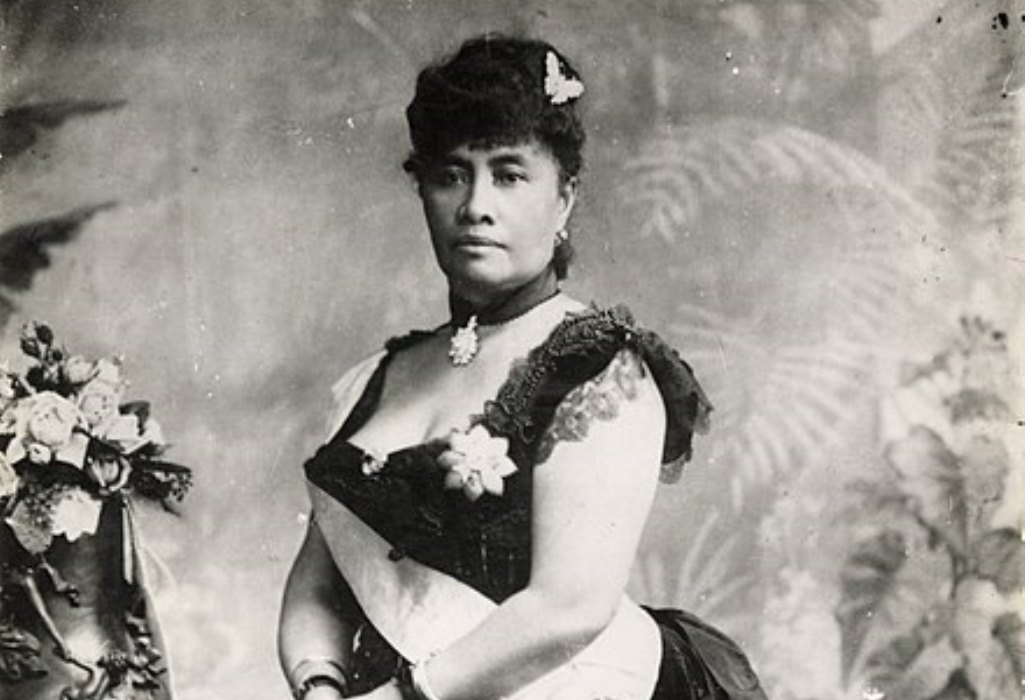 THE HAWAIIAN KINGDOM AS A SOVEREIGN AND INDEPENDENT STATE

On November 28, 1843, Great Britain and France jointly recognized the Hawaiian Kingdom as a sovereign and independent State, which was followed by formal recognition by the United States on July 6, 1844. By 1893, the Hawaiian Kingdom maintained over 90 legations (embassies) and consulates throughout the world, to include a legation in Washington, D.C., and consulates in the cities of New York, San Francisco, Philadelphia, San Diego, Boston, Portland, Port Townsend and Seattle. The United States also maintained a legation and consulate in Honolulu.

As a constitutional monarchy, the kingdom provided universal healthcare for the aboriginal Hawaiian population since 1859 with the establishment of Queen’s Hospital, and it became the fifth country in the world to provide compulsory education for all youth in 1841. This predated compulsory education in the United States by seventy-seven years and its literacy rate was universal and second to Scotland. Also, between 1880 and 1887, a study abroad program was launched where 18 young Hawaiian subjects attended schools in the United States, Great Britain, which included Scotland, Italy, Japan and China where they studied engineering, law, foreign language, medicine, military science, engraving, sculpture, and music.

PRESIDENT GROVER CLEVELAND’S MESSAGE TO THE CONGRESS IN DECEMBER 18, 1893

After completing an investigation into the United States role in the overthrow of the Hawaiian Kingdom government on January 17, 1893, President Cleveland apprised the Congress of his findings and conclusions. In his message to the Congress, he stated, “And so it happened that on the 16th day of January, 1893, between four and five o’clock in the afternoon, a detachment of marines from the United States steamer Boston, with two pieces of artillery, landed at Honolulu. The men, upwards of 160 in all, were supplied with haversacks and canteens, and were accompanied by a hospital corps with stretchers and medical supplies. This military demonstration upon the soil of Honolulu was of itself an act of war.” He concluded, that “the military occupation of Honolulu by the United States on the day mentioned was wholly without justification, either as an occupation by consent or as an occupation necessitated by dangers threatening American life and property.”

This invasion coerced Queen Lili‘uokalani, executive monarch of the Hawaiian Kingdom, to conditionally surrender to the superior power of the United States military, where she stated, “Now, to avoid any collision of armed forces and perhaps the loss of life, I do, under this protest, and impelled by said force, yield my authority until such time as the Government of the United States shall, upon the facts being presented to it, undo the action of its representatives and reinstate me in the authority which I claim as the constitutional sovereign of the Hawaiian Islands.” The President acknowledged, that by “an act of war…the Government of…friendly and confiding people has been overthrown.”

Through executive mediation between the Queen and the new U.S. Minister to the Hawaiian Islands, Albert Willis, that lasted from November 13, 1893 through December 18, 1893, an agreement of peace was reached. According to the executive agreement, by exchange of notes, the President committed to restoring the Queen as the constitutional sovereign, and the Queen agreed, after being restored, to grant a full pardon to the insurgents. Political wrangling in the Congress, however, blocked President Cleveland from carrying out his obligation of restoration of the Queen.

LIMITATION OF THE UNITED STATES CONSTITUTION AND LAWS

Five years later, at the height of the Spanish-American War, President Cleveland’s successor, William McKinley, signed a congressional joint resolution of annexation on July 7, 1898, unilaterally seizing the Hawaiian Islands for military purposes. In the Lotus case, the Permanent Court of International Justice stated that “the first and foremost restriction imposed by international law upon a State is that…it may not exercise its power in any form in the territory of another State.”

This rule of international law was acknowledged by the Supreme Court in United States v. Curtiss-Wright, Corp. (1936), when the court stated, “Neither the Constitution nor the laws passed in pursuance of it have any force in foreign territory unless in respect of our own citizens, and operations of the nation in such territory must be governed by treaties, international understandings and compacts, and the principles of international law.” In 1988, the U.S. Department of Justice’s Office of Legal Counsel concluded, it is “unclear which constitutional power Congress exercised when it acquired Hawaii by joint resolution.”

According to Professor Matthew Craven in his 2002 legal opinion for the Hawaiian Council of Regency concluded, “That authority exercised by [the United States] over Hawai‘i is not one of sovereignty i.e. that the [United States] has no legally protected ‘right’ to exercise that control and that it has no original claim to the territory of Hawai‘i or right to obedience on the part of the Hawaiian population. Furthermore, the extension of [United States] laws to Hawai‘i, apart from those that may be justified by reference to the law of (belligerent) occupation would be contrary to the terms of international law.”

Despite over a century of occupation, international humanitarian law, otherwise known as the laws of war, obligates the United States to administer the laws of the occupied State. In 2018, United Nations Independent Expert, Dr. Alfred deZayas, sent a communication from Geneva to the State of Hawai‘i that read:

“As a professor of international law, the former Secretary of the UN Human Rights Committee, co-author of [the] book, The United Nations Human Rights Committee Case Law 1977-2008, and currently serving as the UN Independent Expert on the promotion of a democratic and equitable international order, I have come to understand that the lawful political status of the Hawaiian Islands is that of a sovereign nation-state in continuity; but a nation-state that is under a strange form of occupation by the United States resulting from an illegal military occupation and a fraudulent annexation. As such, international laws (the Hague and Geneva Conventions) require that governance and legal matters within the occupied territory of the Hawaiian Islands must be administered by the application of the laws of the occupied state (in this case, the Hawaiian Kingdom), not the domestic laws of the occupier (the United States).”

Violations of the provisions of the 1907 Hague Regulations and the 1949 Fourth Geneva Convention are war crimes. Professor William Schabas, recognized expert in international criminal law, determined in a 2019 legal opinion for the Hawaiian Royal Commission of Inquiry, that war crimes have and continue to be committed in the Hawaiian Islands since January 17, 1893. He states, “In addition to crimes listed in applicable treaties, war crimes are also recognized under customary international law. Customary international law applies to States regardless of whether they have ratified relevant treaties. The customary law of war crimes is thus applicable to the situation in Hawai‘i. Many of the war crimes set out in the first Additional Protocol and in the Rome Statute codify customary international law and are therefore applicable to the United States despite its failure to ratify the treaties.” And according to Professor Lenzerini in his 2019 legal opinion for the Royal Commission of Inquiry, that violations of human rights in the Hawaiian Kingdom “would first of all need to be treated as war crimes, which are primarily to be considered under the lens of international criminal law.”

CONCEALING THE ILLEGAL OCCUPATION THROUGH AMERICANIZATION—DENATIONALIZATION

How could such a travesty have gone unnoticed until now? The answer is obliteration of Hawaiian national consciousness through a process of denationalization. Predating the policy of Germanization in the German occupied State of Serbia from 1915-1918, a formal policy of Americanization was initiated in 1906 that sought to obliterate the national consciousness of the Hawaiian Kingdom in the minds of school children throughout the islands. Classroom instruction was in English and if the children spoke Hawaiian they were severely punished. The Hawaiian Gazette reported, “It will be remembered that at the time of the celebration of the birthday of Benjamin Franklin, an agitation was begun looking to a better observance of these notable national days in the schools, as tending to inculcate patriotism in a school population that needed that kind of teaching, perhaps, more than the mainland children do.”

In 1907, a reporter from New York’s Harper’s Weekly visited Ka‘iulani public school in Honolulu and showcased the seeds of indoctrination. The reporter wrote:

“At the suggestion of Mr. Babbitt, the principal, Mrs. Fraser, gave an order, and within ten seconds all of the 614 pupils of the school began to march out upon the great green lawn which surrounds the building.… Out upon the lawn marched the children, two by two, just as precise and orderly as you find them at home. With the ease that comes of long practice the classes marched and counter-marched until all were drawn up in a compact array facing a large American flag that was dancing in the northeast trade-wind forty feet above their heads.… ‘Attention!’ Mrs. Fraser commanded. The little regiment stood fast, arms at side, shoulders back, chests out, heads up, and every eye fixed upon the red, white and blue emblem that waived protectingly over them. ‘Salute!’ was the principal’s next command. Every right hand was raised, forefinger extended, and the six hundred and fourteen fresh, childish voices chanted as one voice: ‘We give our heads and our hearts to God and our Country! One Country! One Language! One Flag!’”

The word “inculcate” imports force such as to convince, implant, or to indoctrinate. Brainwashing is its colloquial term. Within three generations, the national consciousness of the Hawaiian Kingdom was effectively obliterated from the minds of the Hawaiian people.

THE RISE OF NATIONAL CONSCIOUSNESS OF THE HAWAIIAN KINGDOM

The year 1993, which marked the 100th anniversary of the American invasion and occupation, began the resurgence of Hawaiian national consciousness. It was also the year that the Congress enacted a joint resolution apologizing for the United States role in illegally overthrowing the government of the Hawaiian Kingdom. Six years later on November 8, 1999, the Permanent Court of Arbitration in The Hague accepted a dispute between Lance Larsen, a Hawaiian subject, and the restored Hawaiian government—the Council of Regency (Larsen v. Hawaiian Kingdom). Larsen alleged the Council of Regency was legally liable for “allowing the unlawful imposition of American municipal laws over the claimant’s person within the territorial jurisdiction of the Hawaiian Kingdom.” The Regency’s position was that it was not liable and that the United States was responsible under international humanitarian law. Due to the United States decision not to participate in the arbitral proceedings after being invited by the Regency and Larsen’s counsel, Larsen was unable to maintain his suit against the Hawaiian government.

These proceedings, however, drew international attention to the American occupation which prompted the NLG’s International Committee to form the Hawaiian Kingdom Subcommittee in March of 2019. The Subcommittee “provides legal support to the movement demanding that the U.S., as the occupier, comply with international humanitarian and human rights law within Hawaiian Kingdom territory, the occupied. This support includes organizing delegations and working with the United Nations, the International Committee of the Red Cross, and NGOs addressing U.S. violations of international law and the rights of Hawaiian nationals and other Protected Persons.”

In December of 2019, the NLG’s membership voted and passed a resolution where “the National Lawyers Guild calls upon the United States of America immediately to begin to comply with international humanitarian law in its prolonged and illegal occupation of the Hawaiian Islands.”

The National Lawyers Guild, whose membership includes lawyers, legal workers, jailhouse lawyers, and law students, was formed in 1937 as the United States’ first racially-integrated bar association to advocate for the protection of constitutional, human and civil rights.